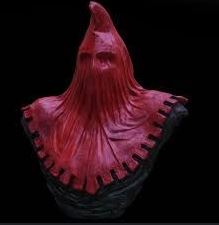 One of the great historical characters of Czech history was not even born into the life destined for so few. This was a hereditary position and one that drew great criticism in public, yet was seen as a necessary evil to keep justice and peace, in a time that was beset by violence and revolutionary acts.

It was during the 17th century that a man by the name of Jan Mydlar lived a peaceful life. He was the son of a wealthy family of a burgher in the Bohemian town of Chrudim. This is where he studied medicine and was training to become a doctor. Before leaving Chrudim to continue his studies further in the city of Prague, he fell in love with a distant cousin of the family. When he was gone, his beloved cousin become impregnated by a corrupt nobleman and married off to save the family from humiliation.

This was proceeded by his beloved cousin being sentenced to death after the bodies of her husband and newborn child were found poisoned. Upon finding this shocking news, which he cannot believe to be true, Jan leaves his medical studies and returns home to defend his beloved against the allegations of murder. His plan involved him apprenticing as an executioner’s assistant, where he tried to gain access to the prison where his beloved was being held. Unfortunately for him, his plan was unsuccessful and he has to watch as his cousin’s head is lopped off. Now, he is a full-time executioner and is now shunned by society (like all were in those days).

Mydlar is most famously remembered as the executioner who carried out the Old Town Square executions of 27 ringleaders. One of whom was his best friend. On that fateful day, 3 noblemen, 7 knights, and 17 Burghers were executed one by one. Depending on which story you Listen to. It is told that 15 met their fates by the sword, 12 were hung by scaffolds taken from the town hall and later donated to St. Simon and Jude on U Milosrdných Street in the Old Town of Prague.

Due to his staunch sense of duty to the crown, his reputation of good standing suddenly came crashing down. His wife, unable to deal with the family’s fall from grace committed suicide shortly after.

Much of the life of Jan Mydlar is one of intrigue. Books, plays and musicals have been written about his incredible life and if you want to find out more information about this incredible character from Czech history, then you can book any one of our tours at: