One of the most popular excursion – Kutna Hora & Ossuary

One of the most popular excursions out of Prague is the town of Kutna Hora, which lies about an hour from the city. Founded in the twelfth century around a monastery, the town soon became famous for silver mining and was once the second most important city in Bohemia, after Prague. Since 1995 the town has been a UNESCO heritage site.

You can make your own way to the town using either the train from Prague’s main station (Hlavni Nadrazi) or by coach from the bus station at Florenc (both taking approximately one hour) but travelling in the Czech Republic, even just buying the right ticket, can prove daunting and whereas staff in the Prague stations generally speak at least some English, the same is not true of the Kutna Hora end. If you don’t want to risk travelling alone, however, there are still options available.

At Prague Trips & Tickets you’ll find a selection of different tours available to book if you want to go to Kutna Hora, and our staff are always on hand at our office in Tynska 7 to help you decide which one is best for you. There is some variation in the prices offered by the various companies but make sure to check all the details – some of the cheaper tours don’t include a drive to the town, but instead visitors travel by the train with a guide. Also be sure to check exactly what you’ll see when you get there as again there are differences from company to company.

Perhaps Kutna Hora is best known for the Ossuary Church at Sedlec, which contains ‘the bone chapel’, originally a crypt beneath the Church of All Saints and actually located some distance from the town centre, in the Sedlec suburb – another reason for choosing a guided tour to the town is that they usually include transport between Sedlec and the town centre. Otherwise it’s about 20-30 minutes’ walk between the two places. In 1870, however, the chapel was owned by the Schwarzenberg family, who employed artist František Rint to decorate the crypt and to tidy up piles of bones of plague victims and victims of the fifteenth century Hussite Wars, which had been excavated by monks in the 1500s. Rint combined the two tasks, using the bones to create sculptures and decorations to adorn the crypt. Look out in particular for the chandelier, said to contain at least one of every bone in the human body. 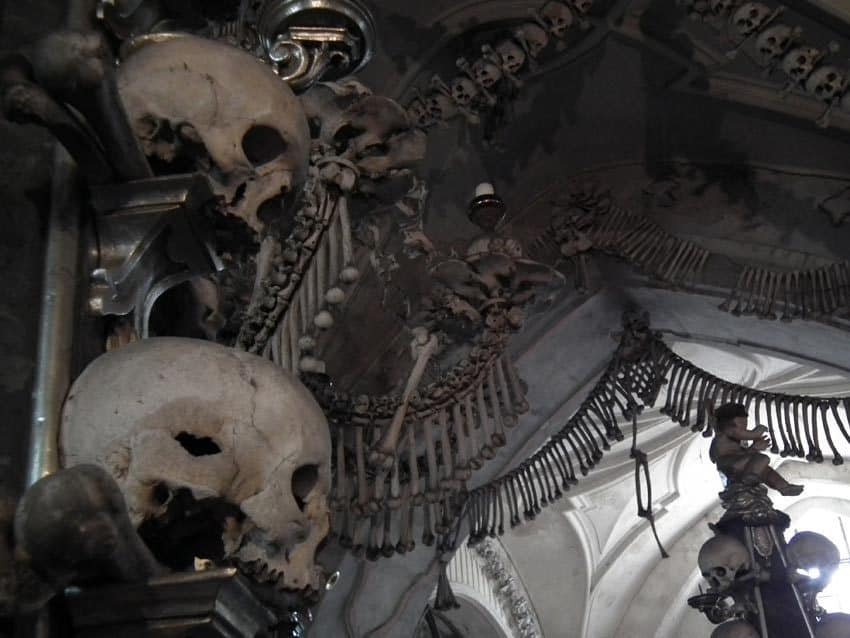 In the town centre, you can visit the church of St Barbara, a 14th century Gothic masterpiece designed by the same architect as St Vitus Cathedral in Prague, Petr Parler, and dedicated to the patron saint of miners. The amazing flying buttresses and triple spire dominate the skyline of Kutna Hora and inside, look out for frescos from the medieval period, showing the way of life in the mining town. 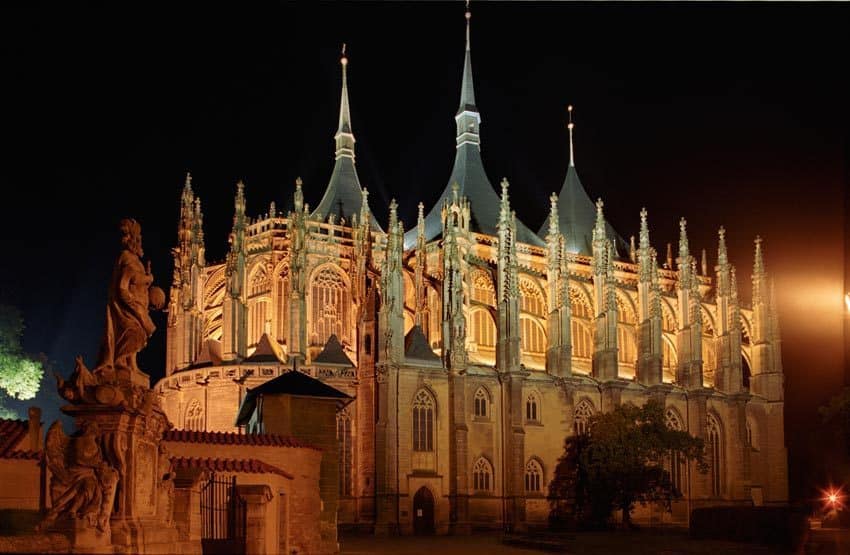 The Italian Court is also worth a visit. This was once the royal mint, and is named after the Italian experts who were called in to oversee the minting process, using silver from the mines. The court was rebuilt by Petr Parler in the 14th century and has also served as the town hall. Nowadays it is home to a museum showing the history of the mint, but the royal chapel and other parts of the building are also open to the public. 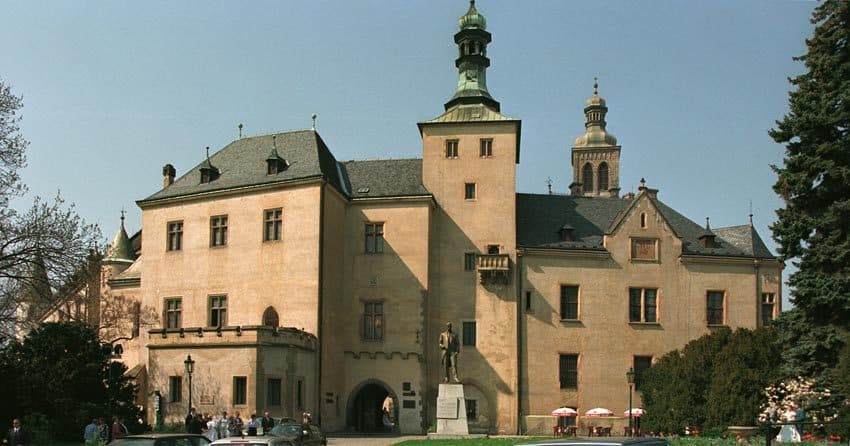 Also open to visitors and included on some tours is the medieval silver mine itself, really the heart of Kutna Hora and the reason for its success and prosperity over the centuries. The mine was rediscovered in 1967 when geological work was being done in the area, and was found to be in a very good state of preservation. It’s now been made safe for visitors, and gives you the chance to go underground and delve deep into the town’s history and intriguing natural geology. There are also frequent exhibitions held at the museum.

For more information on Kutna Hora or any excursions inside or outside Prague, drop into our office at Prague Trips & Tickets, Tynská 7, Prague.