Why so many marionettes around…?

One very popular form of entertainment in Prague are its puppet theatres, and you’ll find puppets for sale in many of the souvenir shops in the tourist areas, but what isn’t always obvious is just how rooted in the history of the Czech Lands this sort of show is. Marionettes first came to Bohemia in the late 1600s, brought in by performers from across Europe, notably France, Italy and the Netherlands, but by the 1700s, the Czechs had established their own companies.

At first these puppets were almost lifesized, and were used as a cheaper alternative to paying real actors rather than having any real significance in themselves. Some shows used only puppets whilst others had a combination of live actors and marionettes, depending on what they could afford. Eventually though, as the puppet makers developed their skills and wanted to experiment, they began to make more stylised puppets, using the form and appearance of the puppet to portray or emphasise certain attributes of the character. In some cases the puppets ended up with tiny bodies but huge heads and hands, as these were thought to be the most expressive part of the puppet and so needed to be seen.

These first puppet shows were usually based on classical texts, or Czech history, but were popular in the rural areas of the country in particular because no other form of theatre was allowed in the villages. Also, from the early 17th century onwards, Czech had been outlawed as a national language in favour of German, which meant all the official theatres in the cities performed their plays in German, whereas the puppet shows, usually run by families, performed in Czech.

Later, towards the end of the 18th century and into the 19th, as Czech nationalism started to gather strength and many people felt that German should no longer be the national language, and that things like theatre should be made available to everyone, in the Czech Language, there was a surge in interest in the puppet shows who had always performed this way. The puppeteers were considered cultural icons and an integral part of Czech heritage. Previously the puppet shows had been designed only for adults, but now plays were specially written for children to introduce them to this part of their culture, and small ‘family theatres’, often with scenery designed by leading Czech artists, appeared throughout the country. For the first time, puppets were produced on a larger scale and could be purchased by parents who wanted to perform the stories themselves for their children.

After the First Republic was established in 1918, the puppet industry soared in then Czechoslovakia, with over 2,000 companies existing by the 1920s. Many of these were composed of professional artists and directors and were of very high quality. The puppeteers were still taken very seriously and considered icons of Czech culture, an important part of the artistic character of the nation. One of the most influential names of this period was Josef Skupa, founder of the Spejbl and Hurvinek theatre in Prague, which went on to become one of the most famous Czech puppet theatres. For the first time, an international puppetry organisation, UNIMA, was established at a meeting in Prague, with its headquarters in France.

The second world war brought some disruption to the puppet theatres but a few continued to perform, and for the first time were involved in satire, being used to criticise the Nazi regime, until the owner of that particular company was arrested and sent to a concentration camp. However, after the war, the development of Czech puppet theatres experienced another upsurge in popularity and development. For the first time, puppet theatre was taught in the Academy of Performing Arts, and UNIMA was re-established and given a new lease of life.

Throughout the Communist era, puppet theatres were one of the few forms of entertainment that didn’t tend to attract the attention of the censors, and so the puppet masters were able to perform shows that criticised the regime, and in many cases were considered revolutionaries and heroes. During the 1960s the puppet theatres expanded their repertoire again, bringing live actors back to the stage to perform with the puppets in some cases, inventing new shows and finding increasingly imaginative ways to use the puppets in storytelling.

Today you’ll find various performances running in Prague, perhaps the most famous being the National Marionette Theatre in the Old Town, which famously performs Mozart’s Don Giovanni using puppets (Don Giovanni also has a strong connection with Prague, having had its world premiere here in 1787). 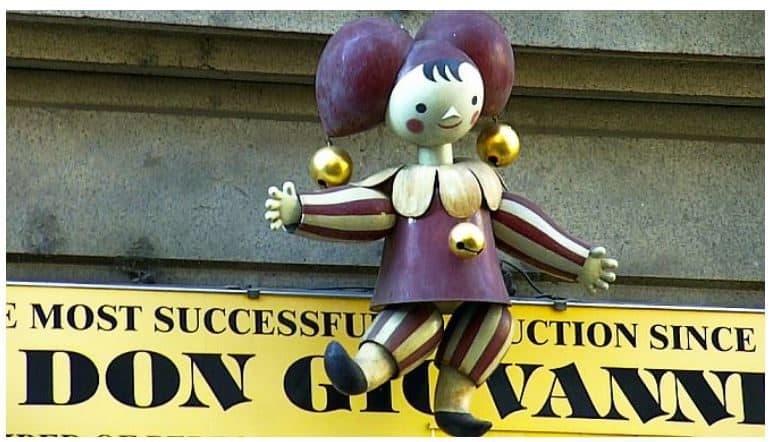 If you are interested in experiencing this piece of Czech history, why not visit our office at Tynska 7, where our knowledgeable and friendly staff will be more than happy to help you choose the right show and give you more information. And what’s more…you can bring a souvenir puppet home with you! 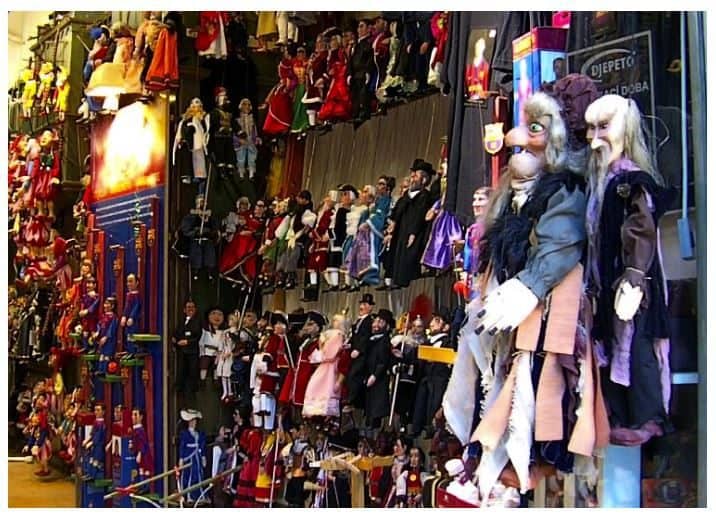