The winter weather certainly seems to be upon us now, with the nights growing darker and the icy mists descending on the city. But Prague is a place that keeps going no matter what the weather and there is always something to do, regardless of what nature throws at us. On these particularly cold nights, why not try one of the many concerts available throughout the city at a variety of venues? Prague is famous for its musical connections, from classical composers like Mozart, Dvorak, Janacek and Smetana, to its jazz clubs, to the modern musical theatre productions seen all around the city and there are many different venues offering you a taste of Prague’s musical heritage.

In some cases, the venue itself is worth the price of the concert ticket. One of the regular spots to hear the best of the classical composers is the Municipal House on Namesti Republiky, an amazing early twentieth century building constructed on the site of a former royal palace and right on the boundary between the Old and New Towns of Prague. The building was the result of several competitions held to find a design to fill the gap left by the demolished (and in fact unfinished) palace, and construction took place between 1905 and 1912. The building is a great example of the upsurge in Czech nationalism taking place towards the late nineteenth and early twentieth century. The mosaic above the door, Homage To Prague, by Karel Spiller shows Prague as the Mater Urbis, or Mother of All Cities. The building also features works by the celebrated Art Nouveau artist Alphonse Mucha. 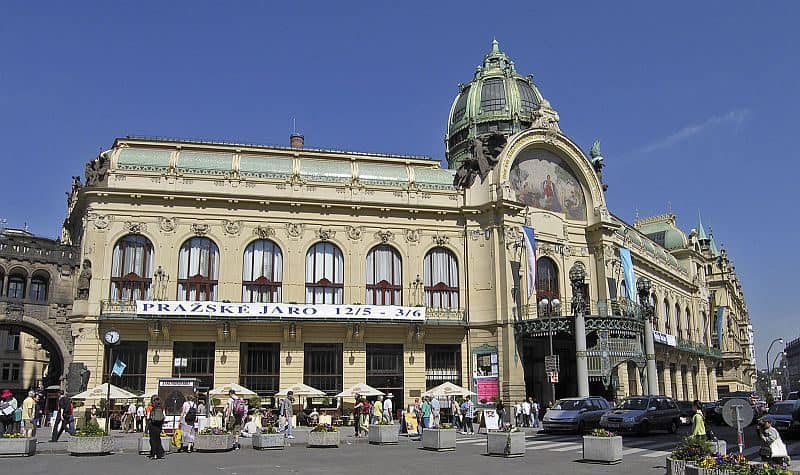 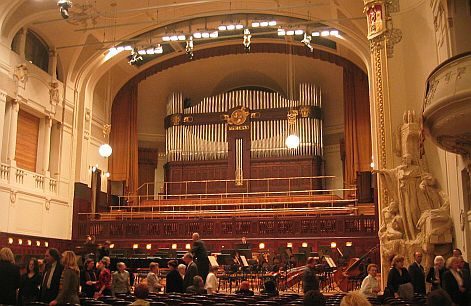 If you prefer an older venue, then you might be interested in the concerts performed regularly at Prague Castle. These take place inside the oldest standing structure inside Prague Castle, the Basilica of St George, which faces St Vitus’ Cathedral. The Basilica has an eighteenth century façade but the core of its structure is actually Romanesque, with its distinctive ‘Adam and Eve’ towers (one is slightly larger than the other) an integral part of the Prague skyline. It currently holds the relics of St Ludmilla, the grandmother of Wenceslas I (Good King Wenceslas of the carol), who was murdered by mercenaries and strangled with her own veil whilst kneeling to pray at the altar in her chapel at Tetin castle in 921AD. By day the convent and basilica of St George also house an art collection but at night you can enjoy the magical atmosphere and listen to some of the world’s most beautiful music. 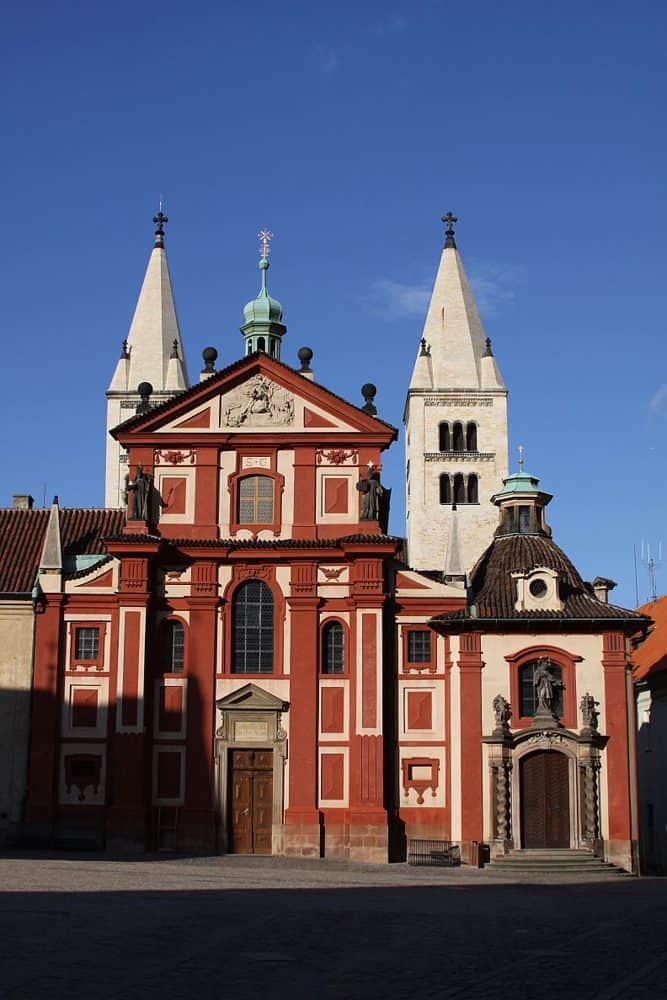 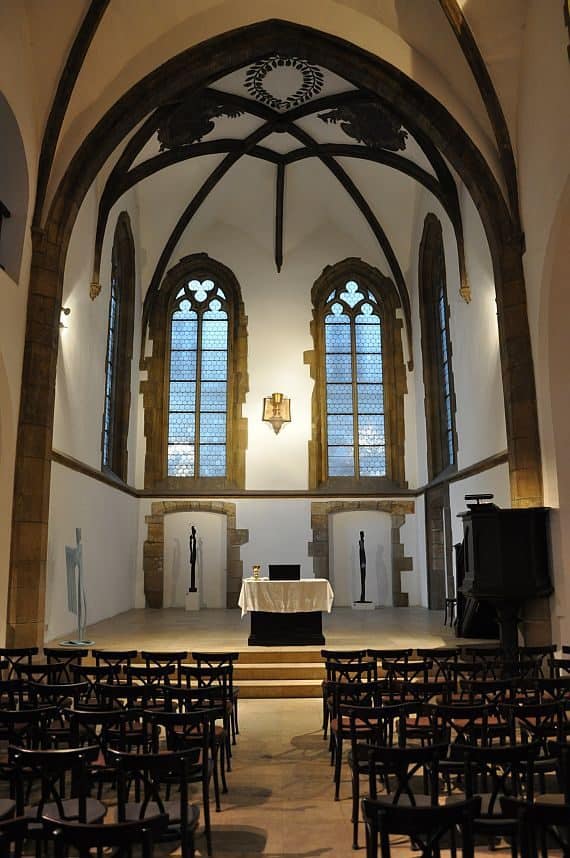 Another venue with Romanesque origins is the church of St Martin in the Wall, which takes its name from the fact it once stood right on the fortifications that encircled the Old Town of Prague up until 1784. The church’s foundations date to the twelfth century, though it has been rebuilt several times, first in the Gothic style and then in the Baroque style, though it still retains part of its medieval structure. The venue is particularly popular because of its intimate atmosphere and offers performances of selections of classical music or even selections from popular musicals.

So for a taste of Prague’s culture and architecture all at once, why not let our staff at our office in Tynska 7 in the Old Town help you decide which would be the best venue and concert to suit your tastes? We have up to date information on the latest programmes on offer, and can arrange your tickets for you in advance so that you don’t need to worry, and you’ll get a great night out in beautiful surroundings!